Your Alarm “Talks” to a Monitoring Company 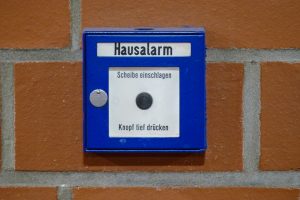 If your system is professionally monitored, it sends signals to a company when it senses that there’s an issue. The company then decides what action to take. Most will attempt to get in touch with you to see if it’s a false alarm, while others will listen in or check out your CCTV footage.

If they can’t reach you or they can determine there is indeed a problem with your home, they’ll contact the appropriate agency, be it police, fire, or ambulance.

The first wired alarm systems were linked into telephone landlines. They used the connection to relay information to the company. Unfortunately, anyone who truly wanted access to the home who knew about the alarm system only needed to find the main phone line into the house and cut it. With no connection to the outside world, the system was essentially useless. For decades, however, landlines were not only the best option, they were the only option.

As the Internet rose in popularity, it became glaringly obvious that it would be an ideal solution for alarm systems that were presently vulnerable on phone lines. Moreover, most phone companies also served as the first Internet providers, so making the switch proved relatively easy. Systems were simply hooked up via an ethernet cable.

It was also at this time that smart features started rolling out. Those with video cameras could then view their live footage from computers and devices elsewhere, making it easier than ever to keep tabs on what was happening at home. Customized alerts about events happening at home and the ability to arm and disarm a system remotely also became possible. Equally, the speed of connections has also improved greatly, so information can travel up to four-times faster than it could with a landline.

Of course, even broadband internet connections still have a vulnerability. If the power is cut off to a home, the modem and router won’t work, and if there is no modem and router, the devices can’t talk to the monitoring company. It is possible to plan ahead and purchase a backup battery for your modem and router to ensure they’re always on and connected, but it does add a layer of complexity to the situation and many homeowners prefer to be without the vulnerability altogether. Moreover, this solution is also dependent upon your internet provider keeping your service up, which can be a problem in some areas, and lines can be cut by intruders, just like phone lines can be.

As the nation moved into wireless models, meaning the control panels could “talk” to sensors throughout the home without having physical wires to connect them, cellular technology also gave companies the opportunity to have control panels talk to the monitoring station without wires as well. Cellular easily became the next viable solution, both in the form of a traditional cellular signal and cellular text. Cellular connections work remarkably well, and there are no lines that can be cut, so service tends to be reliable, but even cellular connections have problems from time to time.

Now, You Have Options (and Backups) 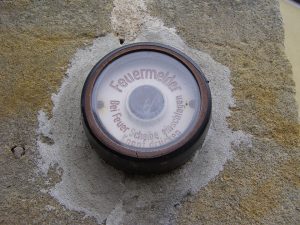 Wireless home security monitoring companies like Life Shield don’t leave anything to chance. Although broadband alarm monitoring is the primary, the base also connects to a landline phone, cellular signal, and cellular text. This means that no matter what happens, the monitoring company will always be able to pick up alarms from the home.

Which Connection is Right for You?

The good news is, you don’t have to choose an all, one, or nothing approach here. Cellular connections are easy to integrate regardless. If you no longer have a land-based telephone line, you won’t need to get one to make a system like Life Shield work. You’ll just hook up the connections you do have and the system will automatically default to the next one on the list if it can’t make a connection with the primary.